Davis-Monthan Air Force Base has a new leader.

Col. Scott C. Mills took command of the Rescue Attack 355th Wing on June 30, replacing Col. Joseph C. Turnham in a ceremony in a base hangar.

Mills came to Davis-Monthan from Nellis Air Force Base in Nevada, where he served as the 57th Operations Group commander. He is a command pilot with more than 2,400 flight hours and more than 300 combat hours.

As new commander, Mills also serves as installation commander for all of Davis-Monthan, supporting servicemen and servicewomen and operations assigned to the wing and 34 federal mission partners.

“We all stand together right now at a time of uncertainty in the world,” he said, pointing out that there are unexpected challenges in Europe and elsewhere.

“Our adversaries across the world are moving, changing and accelerating, and to deter fighting on the land, you’ve got to out-speed them, out-chase them and out-accelerate them,” Mills said. “And there is no team on this planet that I would rather be a part of to face that challenge than this one. The 355th Wing will always be ready.”

Turnham commanded Davis-Monthan for two years and has moved to Peterson Space Force Base in Colorado Springs, Colo. There he is serving as director of the North American Aerospace Defense Command and U.S. Northern Command Joint Operations Center.

Turnham was presented with the Legion of Merit medal during the ceremony and was praised for his accomplishments at Davis-Monthan by Maj. Gen. Michael G. Koscheski, commander of the 15th Air Force.

“We offer a heartfelt thank you to Col. Turnham’s tremendous leadership and support for the 355th Wing,” Koscheski said.

He commended Turnham for his leadership during one of the most challenging times in the nation’s history. Turnham navigated the base through the challenges of the COVID-19 pandemic and was involved in directing the airlifting more than 2,500 Afghan refugees as the U.S. ended its military operations in Afghanistan.

“He ensured the continuation of critical missions while safeguarding the health and safety or our airmen, our families and our community,” Koscheski said.

The outgoing commander also helped strengthen the 355th’s Rescue Attack unit and developed relationships on and off the base, Koscheski said.

“Command is a team sport,” Turnham said, “and I’ve been blessed with an incredible team.”

He said Tucson is a great place for an Air Force base “because of all the support you provide for us and our families.”

“The truth is most of this incredible team isn’t even here today,” Turnham said to the audience at the ceremony. “They’re manning the gate. They’re sitting in the control tower. Most of this team of 6,800 airmen are out there making things happen because airpower is powered by airmen, not commanders. These are your accomplishments, not mine: extraordinary airmen doing extraordinary things. Thanks to this team, I’m leaving a base better than I found it and in better hands.”

The 355th Wing was first activated in 1942 as the 355th Fighter Group, flying P47s and P51 Mustangs as escorts for bombers attacking Germany during World War II. It was active in Southeast Asia for five years before locating at Davis-Monthan Air Force Base in July 1971.

The change of command at Davis-Monthan is conducted every two years. Change-of-command ceremonies in the U.S. military date back to July 3, 1775, when Gen. George Washington drew his sword under an elm tree in Cambridge, Mass., to assume command of the Continental Army.

GUEST COLUMN: Solid Growth to Close Out 2022, But Mild Recession Looms This Year 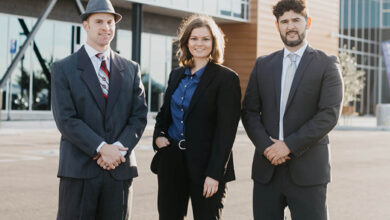 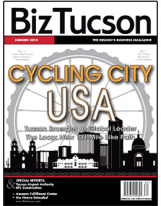